– Advertisement – Ossoff also linked Perdue to Donald Trump, who currently trails in the presidential race in Georgia, saying Perdue “cannot defend being such a weak enabler of this president.” Trump will still be in the White House at the time of the January 5, 2021 runoffs for both Ossoff and Warnock, and his sore loser behavior could well be a drag on his fellow Republicans.Control of the Senate is on the line. Can you give $3 each to Jon Ossoff and Raphael Warnock? 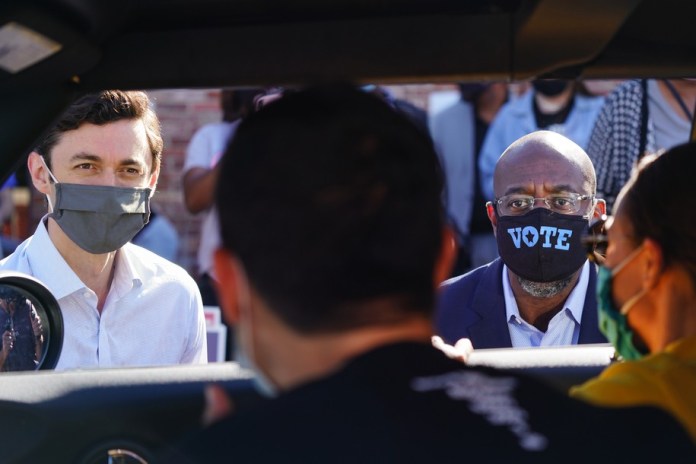 Jon Ossoff and Raphael WarnockGeorgia is going to be the center of the political universe for the next two months, as Sen. David Perdue fell below 50%, forcing him to a runoff election against Jon Ossoff. Raphael Warnock and appointed Sen. Kelly Loeffler were already slated for a runoff, so that means two Senate seats remain at stake—and they will determine control of the chamber.“This race is headed to a runoff,” Ossoff said Friday morning. And in that runoff, “Retirement is coming for Sen. David Perdue,” Ossoff pledged.- Advertisement –